Dross is a upcoming survival horror game by Martin Redmond which is currently asking for money on Indiegogo. What´s very interesting about it is that Martin decided to already start the campaign even if the game is in a very, very early stage. That made me curious, so I emailed him and asked a few questions.

Micha:
Can you please tell a bit about yourself? Have you worked in the videogame industry before?

Martin:
First of all, about myself, I have been working professionally in videogames since 2000 as an artist. This includes many extra hours on my own studying: art, anatomy, how the human body works, architecture, furniture building, sewing, toy making, mathematics. Experimented on my own with various 3d software and read up on geometry. So I am well rounded enough with the skill set and knowledge to make all graphical assets, including animations. As for programming, I’m a quick learner, skilled at math with back up help on that end. So far, I have solved every goal I had set for my game.

Micha:
Why did you decided to make your very own game?

Martin:
The entire reason I ever decided to work in this industry was because I liked the first two Alone In the Dark games. I wasn’t a very good gamer back then, but I found them exciting to look at. Later I grew to appreciate more games that would allow you to play them over again with new challenges and objectives such as Onimusha with it’s wonderful bonus minigames. What the games I liked all had in common was that they were similar to that old adventure game mold. I did work on adventure games, some were more fun than others. I especially enjoyed playing Still Life. But there was no action to them, it was puzzle after puzzle with no sense of emergency. Then when you had gone through the entire story, there was no point to playing them again and they felt very lonely. That’s another important part, the games I enjoyed playing were always cooperative: Contra, Golden Axe, Sonic 2, the 4 player arcade games of the 90s such as TMNT, X-Men, Simpsons or Zombie Revenge. None of those are very survival horror, I will get around to addressing that later.

Micha:
In your Indiegogo-description you wrote that you worked for EA, Microids and Ubisoft. You enjoyed adventure and survival horror but never worked on a project like this?

Martin:
All this time, I have never worked on a survival horror game, I feel that there are simply none being made either and I’m not going to wait any longer. There are some pretty gory and violent games, but rarely any scary ones that I feel, force me to think. That’s why now that I am free from any contract, I want to take this opportunity to make one including all of the things I and most fans of the genre want in a game. That is, a real game that can be played over and over, not an interactive scripted movie where you simply go down a list of things to accomplish.

Right now, what I have to show is that the game has functional online play both over the internet and local network. This is not something I plan to do, it’s something I’ve already completed. The entire game will be fully playable with others.

Micha:
That’s very cool. The only „true“ multiplayer survival horror games were both Biohazard: Outbreak titles. I bet it´s difficult to convince publishers to finance such a project. Were there other reasons to give crowd funding a go? Can you tell us more about the game?

Martin:
I was always disappointed how little game productions ever considered multiplayer on the pretext that it was too difficult to develop. I hate hearing „this can’t be done“ or „it’s too hard“. Once I was completely free from my contract, I decided to make a network game because that’s what I always wanted and was always told „no“. I had it functional soon after by myself. The remaining work is the animations, this will be time consuming. I cannot work a full month animating characters and making gore effects without any funding, I will have to chase contracts soon, then I will be busy working on them instead. I can work on it part time and find a publisher. In my experience, this option has me worried I will have to compromise things like the multiplayer. I think that would be the first element they would cut out. Then they would say no to having multiple characters that are not this „bland“ scruffy, mid 30s adventure game man I have seen so many times in videogames, and I probably won’t be able to have any playable women characters that are not objectified either nor bonus games. It’s possible I’m out of touch with what’s being made currently, but I feel they are increasingly similar and I don’t know of anything being offered that allows multiplayer with varied characters. The 2 characters shown are not the only ones that will be playable.  All the characters offered will play differently.

Micha:
So why showing it so early? That`s quite unusual.

Martin:
The reason I am showing it so early is that I cannot finance it on my own. Ideally, I would require people to support the project. I have read many posts and watched multiple videos on youtube, from frustrated survival horror gamers over the years and I share their frustrations. That’s why I am hoping I can find support from enough players who will have faith in my willpower and abilities so that I can keep working on this. I will keep updating my progress and seeking financing. However, being backed by dedicated survival horror fans and hearing their feedback would be a dream come true for me. I understand the fear that multiplayer might ruin the scare factor. I guarantee you that it won’t. It will raise the unpredictability factor as you will have very little control over what the other survivors will do. You will feel the full gamut of emotions playing this with strangers, there will be drama that simply cannot be scripted. Of course, if someone finds this too upsetting, there will be the option to only play privately. There will not be many if any cinematics to sit through idly. I am making this thinking of it as more of a board game. The goal set up for this project is that if you like it, you can keep on playing as much as you like and it will always be a little different. 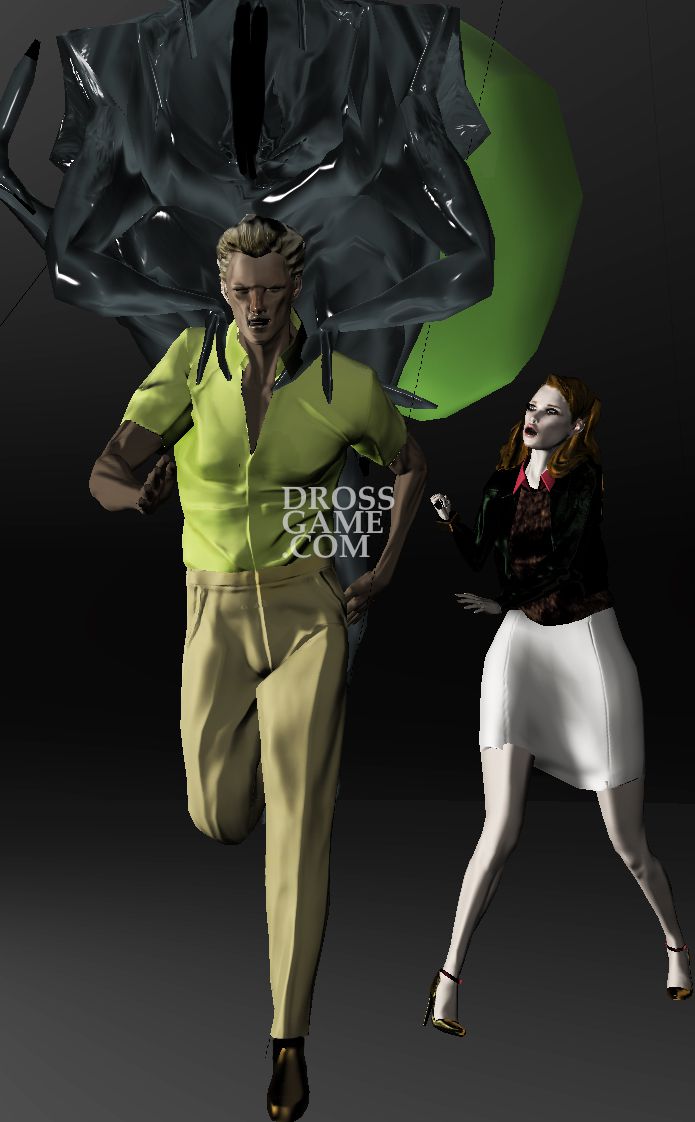 This actually sounds interesting. Martin lists the following features for the game:

I`m not sure if it was a good idea to show the game so early but I hope some people will be interested in this project. You can find more information on the homepage and the Indiegogo-page. 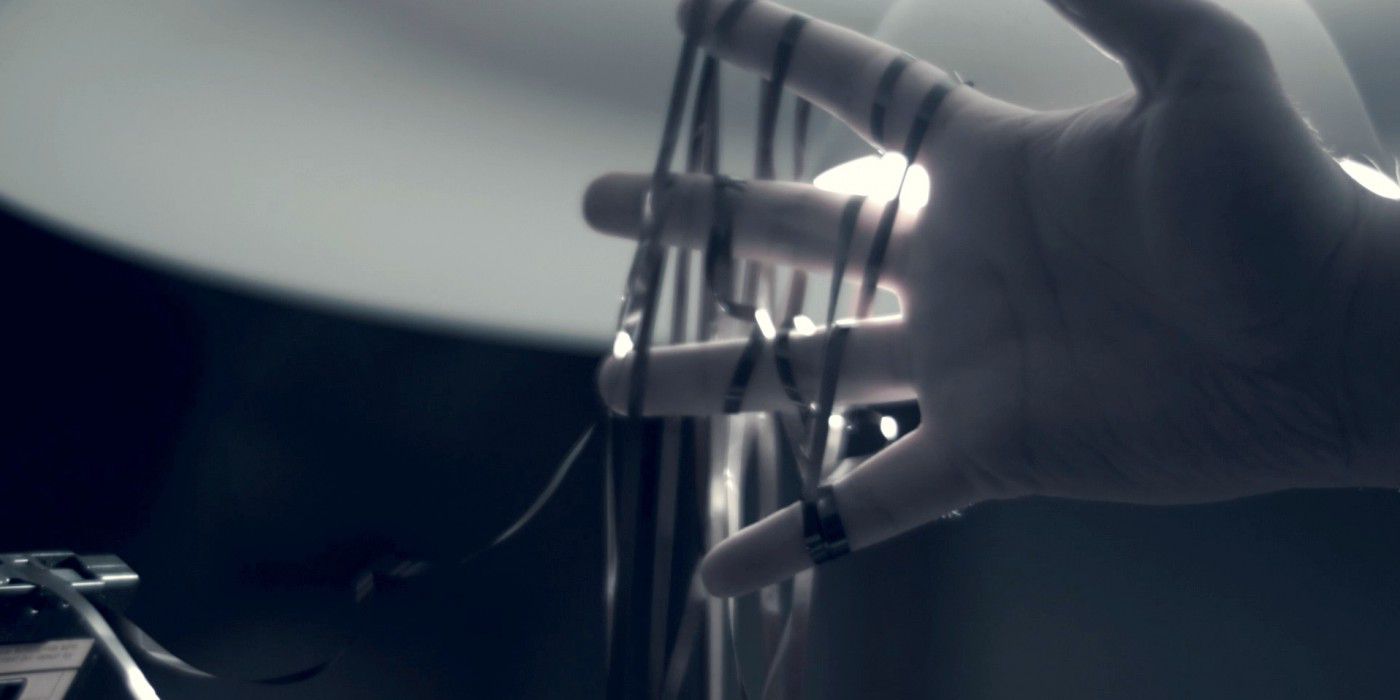